Works exhibited at Glory and Freedom Ukraine and For World 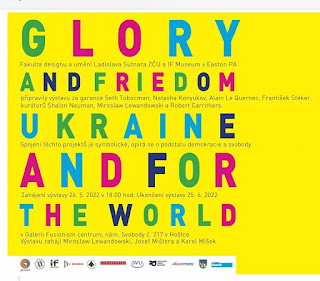 Great news! Got a couple of pieces exhibited at Galerii Fusionisma Centrum, nam. Svovody c. 217 v Hostce. The exhibition opened on May 26th and will continue until June 25th.
No photos at this point, but I can tell a couple of words regarding which works are featured:
Here's a short interview with Miroslaw Lewandowski:
о травня 27, 2022 Немає коментарів:

Great news! Several of my visual works and also some photos were published in the latest issue in the World War 3 Illustrated.
Many thanks to Seth Tobocman for publishing these pieces. Also, I want to thank Tamara Wyndham for making it happen.

Here what got featured: 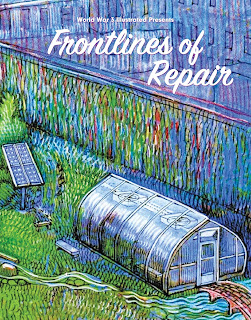 Great news! Several of my works were published in the newest edition of online art magazine Utsanga.it.

Many thanks to Francesco Aprile for making it happen. You're doing a great job.

Tamara Wyndham asked me to take part in it and it was an honor to be featured in such an event. I want to thank her for making it happen.

There were two types of works of mine presented:
Here are several photos 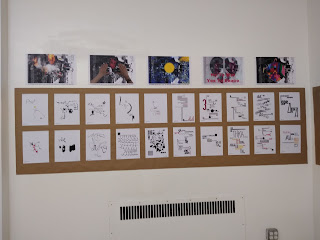 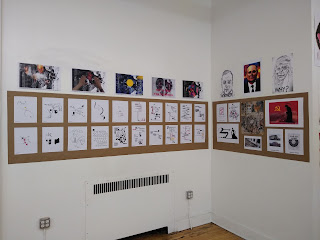 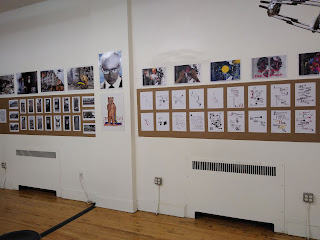 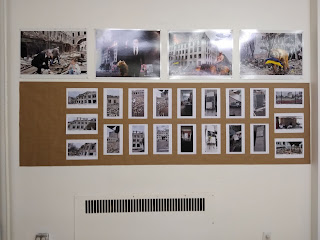 Meanwhile, with the help of my good friend Andrew Brenza, I suddenly got a new collection of poetry published.

divagation /,dīvəˈɡāSH(ə)n/ n: a message that departs from the main subject.

The visual parts consists of reconstructions of damaged drawings. They damaged by water and i tried to fix them digitally but it didn't work so I embraced the aesthetics and went as far as I could with it.

You can order book here: https://sigilistpress.com 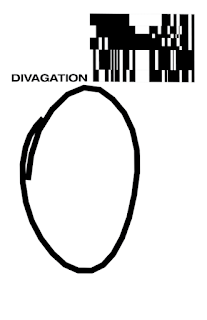 The work began in the summer of 2018 immediately after the release of the first version of Roadrage. The idea was to quickly make a small collection the laziest way possible. To do this, I used several random word generators. I expected to "make" a few dozen poems in a week or two.

As it turns out - it doesn't work that way. In fact, writing poems with random word generators only is basically an exercise in futility. Unless you have all the time in the world. But even then you would probably have better things to do.

It all began simple enough. The first poem got made fast and easy and it gave me false confidence that I could do it in swift fashion and churn the whole book in a matter weeks. The images felt right - unexpected and curious with absurdist narrative out of nowhere.

But then I started working on the second poem and the whole thing just started to crawl. It was all wrong - words, images, nothing really fit together. Just a bunch of stuff. As it turns - that's what you get most of the time.

Then I started looking at word combinations of nouns, verbs, adverbs - it was a bit easier than picking up word by word, but we're talking about moving a few centimeters faster than usual - it wasn't really a breakthrough.

The whole thing just took too long. On average - it took 5 or 6 hundred words to find one that works in the poem. It was easy enough to kick off the poem, but to get it moving - it was borderline impossible. It took approximately 2, sometimes 3 weeks to finish a poem.

Visual part goes back to my university drawings of 2008-2010. I kept them in the backroom at parents home. At some point they got damaged by water. I found it out in 2013 when i was cleaning the place.

Most of the drawings were lost, but some of them remained somewhat intact. I scanned them and played a bit with it.

I finished the poems in 2019. At first, they were supposed to come out at Jukka-Pekka Kervinen's Ma Press, but one thing led to another and it never came out.

Two and a half years later. I worked with Andrew Brenza on several Brave New Word Magazine publications. I was going to collaborate with him on a project for his press.

Then the war started and it all went through the window. So i decided to use the poems as the basis for further collaboration. However, Andrew thought the poems were good as they were, so it was decided to publish it.

New work at THE NEW POST-LITERATE

Great news! Some of my shelter works are posted by Michael Jacobson on his The New Post-Literate Asemic Writing blog. Mike is one of the greats and it is always an honor to be featured in The New Post-Literate. When I started to branch out into English language platforms in 2012, Mike was one of the first editors who wasn't looking for excuses not to publish my work because I'm Ukrainian. He just treated me as an equal and offered handy criticism when necessary.

The pieces are inspired by proto-writing the meaning of which is lost to time. The other source of inspiration were Sumerian tablets with recipes and bad jokes.

Today, Vox Ukraine published my article on the origins of Russian historical revisionism and its tendency to falsify history to fit their current political interests.

I would like to thank Julia Guz, Ilona Sologoub, Vladlen Marayev and Oleksandr Zholud for their help in preparing the article.

Works exhibited at Glory and Freedom Ukraine and For World

Great news! Got a couple of pieces exhibited at Galerii Fusionisma Centrum, nam. Svovody c. 217 v Hostce. The exhibition opened on May 26t...